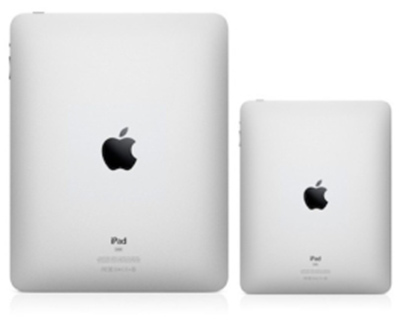 The speculation surrounding the new iPad mini is gaining pace, we have heard from a number of sources that Apple suppliers have actually started production of the mini iPad.

Screen – The general consensus is that the new iPad Mini from Apple will sport a 7.85-inch liquid crystal display, however this will not be the Retina display which is used by the current iPads.
According to undisclosed sources, AU Optronics and LG Display have started the production of these LCD screens.

iPad Mini Price – We have been looking at many analysts speculation on pricing, the retail price is expected to be between $250 and $299.

Styling & Features – Again it’s just speculation at this point, several sources are saying the iPad Mini will look and feel like the current iPad, just a bit smaller. The iPad Mini is expected to support LTE and come with front and rear cameras. The operating system would be iOS 6, in-line with the current iPad and iPhone.

iPad Mini Photo Leaks – On 2nd October, the Apple news site UkrainianiPhone posted photos of what looks to be the front bezel, screens and casing from the iPad Mini. These photos were supposedly taken inside a Chinese factory.

The photo of the rear seems to show a black metal back, just like the casing on the new iPhone 5. If these photos are real, the new iPad Mini may feel more like the iPhone as opposed to the pads.

iPad Mini Release Date – Apparently a major Apple investor has said that Apple will send out press invites on 10th October, with the press conference happening the week after. 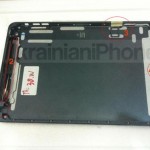