The car has a beautifully sculpted body, with a strong front end, overall it looks more beefy compared to the DBS. The build quality has shot-up with the 2014 Vanquish, the interior has completely new styling and looks to be much improved.

There is more leg and headroom, excellent news for me personally. The centre console features touch-sensitive controls, all very James Bond-esque.

How does it feel on the road?

The 2014 Vanquish is certainly not an all-out sports car, the best definition would be a super GT. The driving experience is best summed-up as epic effortless performance.

The power is balanced just right for everyday driving, with the torque peak lower in the band. The grip is astonishing, this is partly thanks to the launch-control system, which is engaged with a button on the centre consol.

The new steering rack feels super-sharp, the weight distribution is roughly 50/50; most of the weight is between the axles.

Sadly there is no manual transmission available; however the ZF six-speed automatic system is fantastically smooth and instantaneous. You still get the flappy-paddles on the steering column, they can be fun to play with, it all depends how you want to drive this magnificent machine.

We have some performance numbers for the 2014 Vanquish and they look scintillating, Aston says the car will do 0-60 in 4.1 seconds, with a top speed of 183mph. 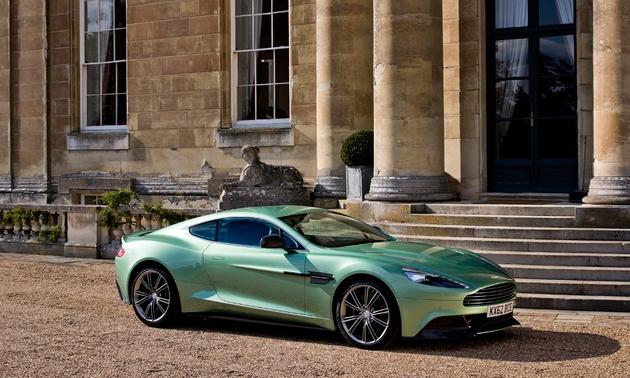