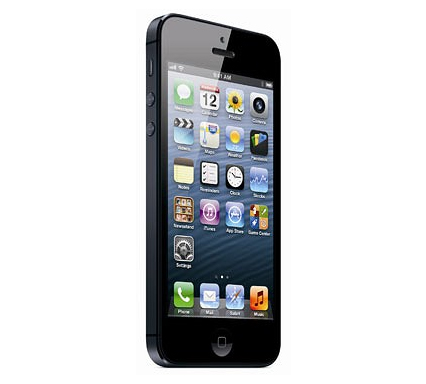 20:19 BST – EarPods Are new earphones from Apple, they took 3 years to design, the new name is EarPods.

20:15 BST – The new touch features a button on the bottom left hand side of the back cover; allowing you to attach a wrist strap. The touch now comes with colour options for the first time, we have seen blue, green and pink.

19:42 BST – The new iPhone 5 is the most powerful, thinnest, lightest and best phone Apple has produced. There are over 200 new features for you to discover and explore.

19:18 BST – There are new iPod Nanos, they come with an FM tuner, there is also a new iPod touch, this new version is much more powerful.

18:52 BST – The new iPhone 5 comes in either black or white. There will be a noticeable increase in speed, graphics intensive apps and games will run much smoother and faster.

18:47 BST – PassBook – Apple show off the new ticket application, this holds tickets such as flight boarding cards, you can use the tickets in locked-screen mode, so you don’t need to unlock the phone at the airport.

18:34 BST – The back camera will take 1080 pixel photos and will be able to take photos while recording video. The front camera does the same, however it’s 720p.
There is a feature for panoramic photos, which are stitched together using a total of 28 Megapixels.

Photo capture will be 40% faster, this is due to the A6 chip and new “smart filter” technology which will analyse photos faster.

18:24 BST – Processor – The new iPhone has the Apple A6 chip, which is what we were expecting, this processor is double the speed of the iPhone 4S, with 2X faster graphics.

18:16 BST – The new iPhone 5 is made entirely of glass and aluminium, it’s the thinnest and lightest phone Apple has ever made. The new phone is 7.6mm thick and 112g, so its 20% lighter than the predecessor. 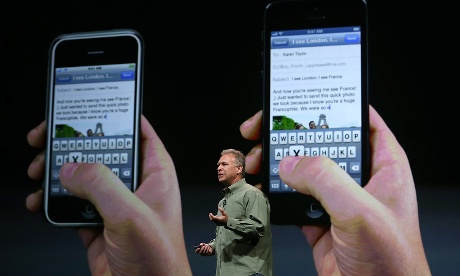