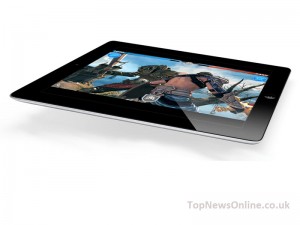 The Apple iPad 2 has been released in America and we are just a week away from the UK release.

It has to be said; the iPad 2 is a great deal thinner than the original effort, coming in at 8.8mm, this is about a third or 34% smaller the first iPad.
There’s a 15% reduction in body fat reduction, the new iPad 2 weighs in at a pretty amazing 600g.

The batteries have also been reduced in thickness by around 60%, this has been achieved by having three thinner cells where the original iPad had two thicker cells.

The new Apple iPad 2 has been selling great over in America since its release on the 11 March. The estimated sales of the iPad 2 in its first three days of release is between 500,000 and 700,000 units.

It will be interesting to see the UK sales numbers.