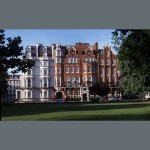 We have been looking at the five highest rated hotels in London and the best online sites to book rooms.

The highest rated hotel is in Kensington; it’s named Milestone Hotel Kensington it’s a luxurious five star boutique hotel and is known for impeccable service and the view across to Kensington palace, they offer Junior suites up to luxury king rooms. 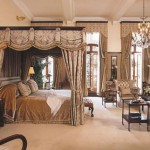 Taj Suites and Residences are the second highest rated, they are in the heart of Westminster and are rated 5AA. The Taj suites are known for the professional service form housekeeping. One recent comment said it was a very romantic hotel.

Spitalfields Residence comes in as the third highest rated hotel in London. They are stylish apartments near to the city and only 500 metres from Liverpool Street Station.

41 is fourth, a luxury 5 star hotel, it’s behind Buckingham Palace and opposite the Royal Mews. The 41 hotel is only 500 meters from London Victoria Station. Piccadilly Circus, the Houses of Parliament and Westminster Abbey are less than one mile away. 41 is known to be a quiet stylish hotel.

At number five we looked at the One Aldwych hotel it’s located in Covent Garden and offers 5 star luxurious accommodation. Many reviews say the service is excellent. The facilities include a swimming pool with music underwater.

All these hotels can be booked at laterooms.com and booking.com