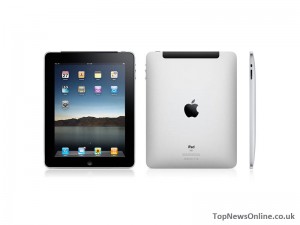 The upcoming ipad 2 has some great new features including the new dual-core processor and the two cameras for video calls and HD video recording.

The new A5 processor will make everything run smoother and faster on the new ipad2. However Apple has not yet confirmed the amount of RAM, the original ipad had 256MB. We are guessing it will have more; maybe 512MB or even 1GB. Apple says the graphics on the ipad2 will be up to nine times the performance of the original.

No chance, apparently Apple believe that running flash would cut down the battery life by 80-90 percent; not so sure about that.

Apple has gone with the same resolution of 1024 by 768 which helps keep the ipad 2’s battery life at 10 hours. They decided not to upgrade to the Retina display; which is one of the main features of the Iphone 4.

You will not be able to use the ipad as a phone unless you use third party apps. Apple do not want the ipad and Iphone to be to similar, they obviously want to keep them as two distinct products.

Apple have not gone for big screen gaming with this ipad; it would be a great feature to be able to use the ipad linked up to the big screen for games using Airplay. Maybe this is a feature to come in the ipad 3.

There are two different ways to view your movies or photos on the big screen, the first is using Airplay; which allows you to stream the content over your Wi-Fi network. The second is hard wired video mirroring using an AV adapter which links the ipad into the TV.