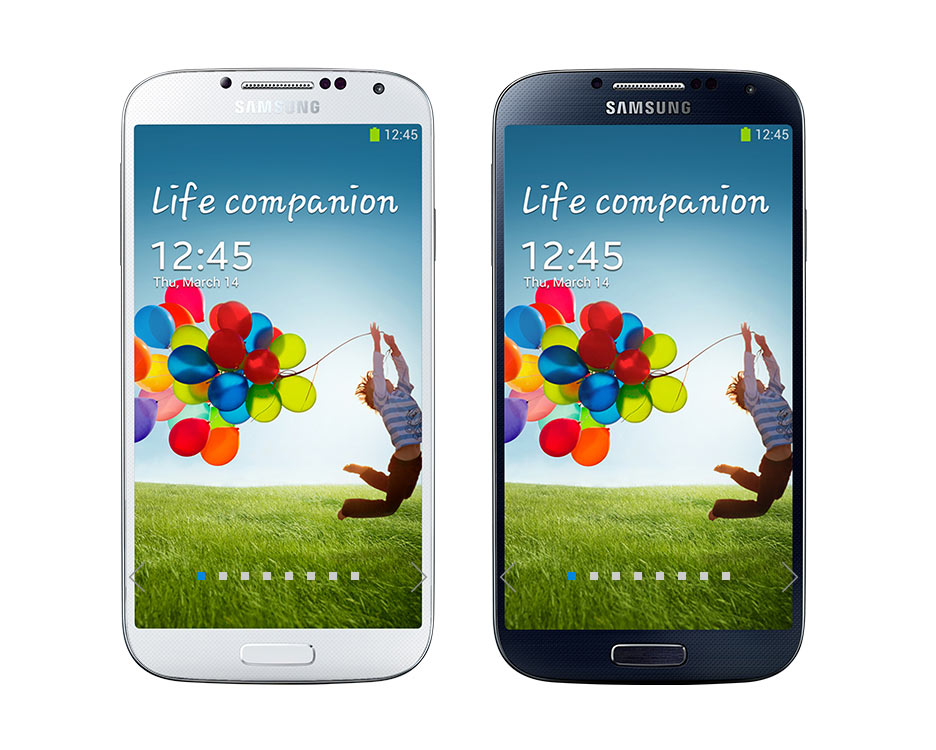 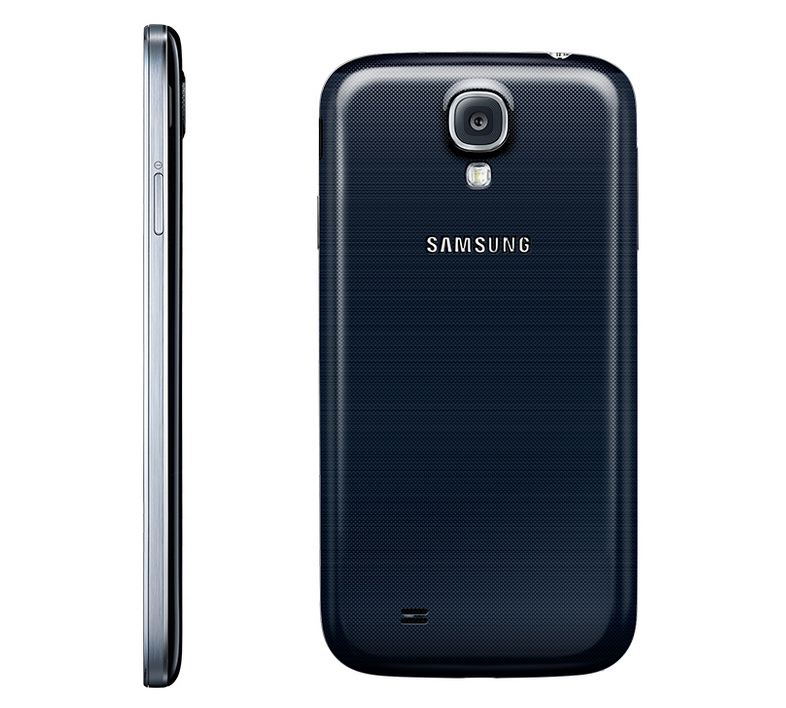 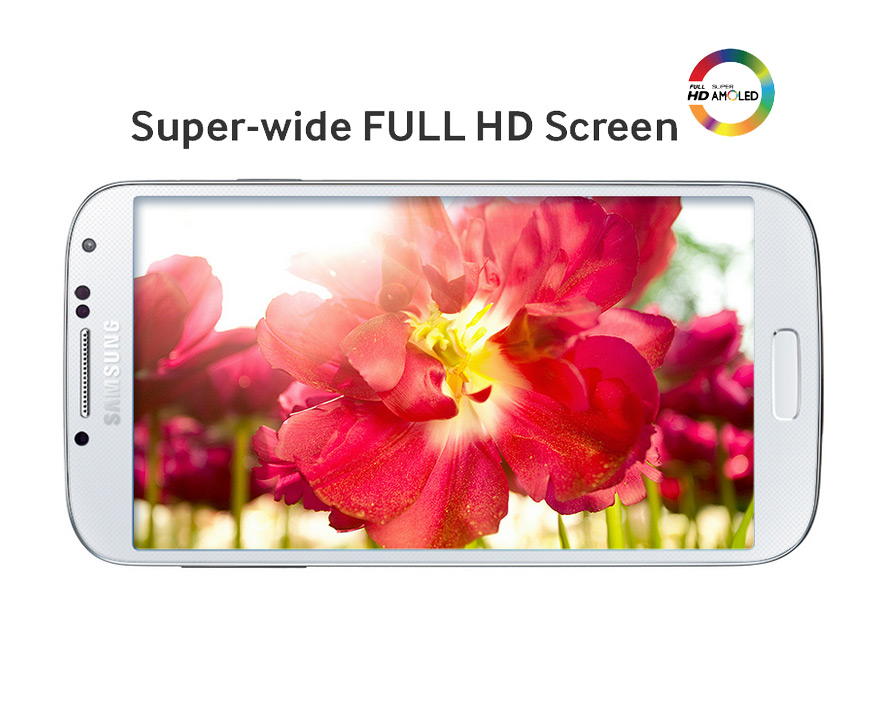 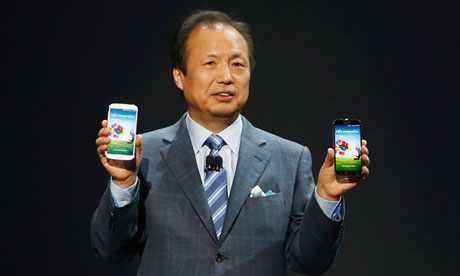 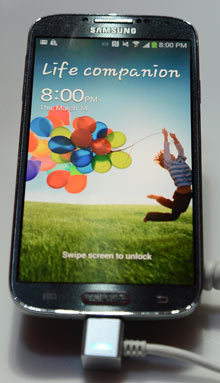 Samsung has just launched their new flagships smartphone, the Galaxy S4, this phone is the much anticipated successor of last year’s Galaxy S3, which managed to rack-up 40 million sales worldwide.

The S4 is more of an evolution rather than a revolution; certainly in terms of looks, it’s pretty identical, just slightly thinner and lighter, with a straighter back.

The screen is slightly bigger at 5-inches, it’s a full 1080p HD Super AMOLED display as opposed to the 4.8-inch screen on the S3 model. The Galaxy S4 will initially be avaliable in two colour options, a frosty white and a black shade.

The Galaxy S4 will is running the latest Android operating system – 4.2.2 Jelly Bean. Samsung have heavily customized the OS with their TouchWiz interface. There is a lot more gesture options and features.

When venturing under the hood of the new S4, you will find a new eight-core 1.6Ghz Exynos 5 Octa process, this is Samsung’s own power processor, eight-cores is really good for games and multi-tasking if you have many apps open at the same time. Sadly the folks in the USA will not be blessed with the same powerful processor; they will have to make do with ungenerous quad-core Qualcomm Snapdragon S4 Pro 1.9GHz chip, not sure what that’s all about.

As for RAM, the S4 comes with 2GB, more than enough for all those apps. Storage wise, you get 64GB for movies, photos, games, music and whatever else you want to store on there. The bonus with this phone is the microSD card slot, which allows up to 64GB of extra storage, that’s something you don’t get with the likes of the iPhone 5 or the HTC One.

The main camera on the back of the S4 is a 13-megapixel affair; that’s more pixels than my pocket camera packs. There are many new software fetures to jazz up you photos, including the option to add up to 9 seconds of audio to the still photo.

Another nifty feature is the ability to eradicate unwanted people in your photos, would be a handy feature on any camera I imagine. The front camera is a mere 2-megapixels, still perfect for video chatting. Video is 1080p full HD.

One of the great new features is AirView, this allows you to control the mobile by hovering your finger over content, which will then pop-up in a preview window.

One of the first implementations we have seen utilising the S4 eye-tracking system is named SmartPause, if you’re watching a video and look away from the screen, the S4 will detect that you have averted your gaze, using the front facing camera. It will then automatically pause the video, when you look back at the screen, the video will resume.

Samsung has a new app named S Health which acts as a pedometer and can track your calories in and burned when you tell it what you’ve consumed.

The Galaxy S4 has an IR sender on the top of the unit, similar to the new HTC One, this will work together with an app, allowing you to control your television and home theatre system. You can also check current TV programs, view on-demand content with Samsung’s Media Hub, purchase it from the phone and then watch it on your big screen or directly on the phone.

Samsung S4 Worth the Upgrade from the S3?

The S4’s physical appearance is pretty similar, with the biggest difference in the thinness, the S4 is 0.7mm thinner than the S3.

There is really not much between these two smartphones weight wise, the shiny new Galaxy S4 is lighter by just 3 grams, the S4 weighs 130g, and the S3 is 133g.

The S4 has a slightly larger 5-inch screen, compared to the 4.8-inches on the S3. The display has been upgraded with a higher pixel density of 441 pixels per-inch, as opposed to the S3’s 306 pixels per inch. Its not going to make a huge difference in viewing pleasure, you’ll probably only notice the difference if your face is super close to the screen.

The amount of RAM has not changed on the US models, sticking at 2GB, however the global S3’s only had 1GB of RAM, so it’s an improvement for those of us in the UK.

The battery on the S4 is a bit bigger and it needs to be as it’s powering a screen with over a million extra pixels compared to the S3. The S4 has a 2,600mAh battery; the S3 has a 2,100mAh battery. Many factors can determine the actual standby and call times, we will have a better idea after some testing.

S4 Camera, better than the S3?

Yes, the main camera on the S3 was an 8-megapixel deal, that’s shot up to 13-megapixels, a 5MP increase. The front camera has not improved much in the way of the pixels, with just a tenth of a megapixel increase, taking the 1.9MP on the S3 to a 2MP on the Galaxy S4.

The Samsung Galaxy S4 has a whole host of great new features, combined with new software, a great screen and camera. Does this make it worth the upgrade, well our advice would be to upgrade if you like the sound of all those bells and whistles, there’s nothing absolutely ground breaking here. If you already have a Galaxy S3, then you have one of the best phones around at the moment anyway, if your nearing upgrade time, then go for it.

The Samsung Galaxy S4 is expected to land in the shops in April or May. We expect the S4 will cost around £500 sim Free. If you want one on contract, it’s likely to be around £30-£40 per month on a two-year deal.