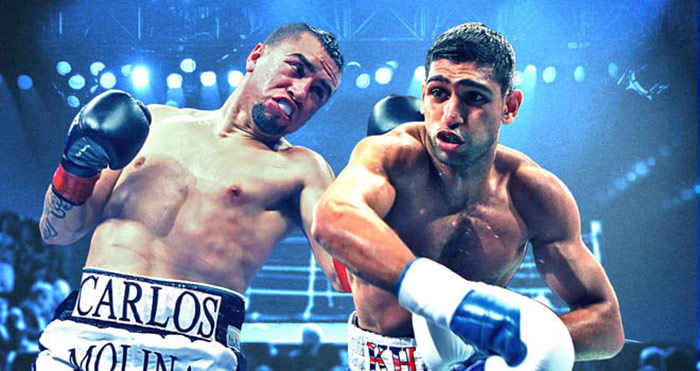 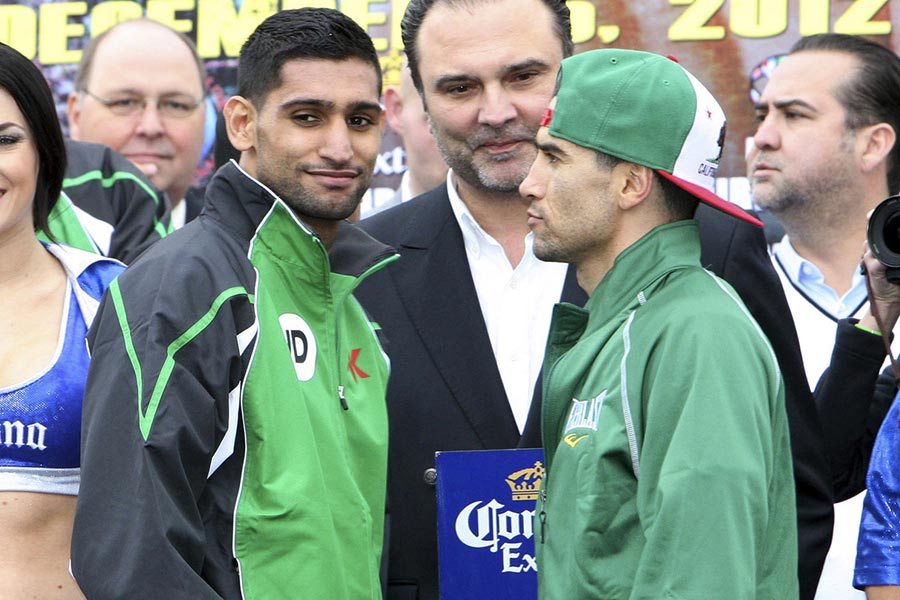 It’s a very big night for Amir Khan, he needs to win in his fight tonight after losing his last two fights.

Amir’s previous two fights include the disputed decision against Lamont Peterson back in December 2011. His most recent loss came when he was stopped in the fourth by Danny Garcia.

Tonight Amir Khan is facing the 27 year old, Californian Carlos Molina, who has won 17 fights with 1 draw and no losses.

Amir Kahn, 26, will need to bounce back and win tonight to dispel his critics. He has gone back to basics and started working hard on his defence. Khan has been training for the Molina fight at Hunter’s California based gym.

Where is the Amir Khan Fight?
The fight is held at the LA Memorial Sports Arena.

What time will the Amir Khan Fight Start?
The fight will start at around 5am GMT Sunday 16th December 2012. The show is from 2am – 6am.

Amir Khan vs Carlos Molina Weigh-in
Both fighters weighed in at 9 stone 13 and three quarter pounds.

Where can I watch the Amir Khan Fight Live?
The Amir Khan fight is live on Sky Sports 1 the programme starts at 2am GMT and finished at 6am GMT. The Fight is Live on Showtime in the USA starting at 10:30pm ET/PT.

You can also watch the fight streaming on the web.