Congratulations and a Heroes Welcome in Barbados 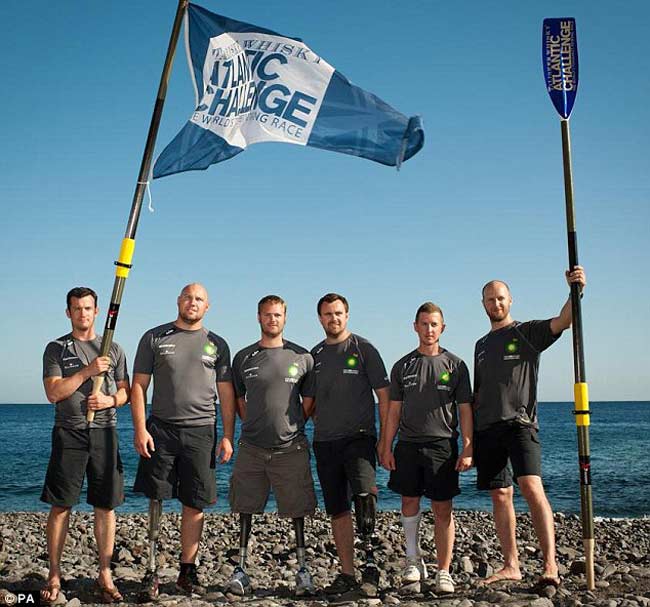 The six injured British servicemen including four who are amputees arrived in Barbados ‘Port Charles yesterday after a gruelling seven weeks at sea. They travelled 3,000 miles from La Gomera in the Canary Islands to Barbados and raised £1 million for wounded comrades.

They had all suffered sores from exposure to the sea salt and claw-hand which is caused by gripping the oars so tightly it almost feels like arthritis it’s so painful.

Lt Will Dixon who lost his left leg below the knee when an IED detonated under his vehicle in Afghanistan in dec 2009 was platoon commander with third battalion, the Riffles said that life onboard was similar to being on tour; you miss the clean running water, clean sheets and hot showers things you normally take for granted.

The men had to sleep in shifts and freeze –dried meals, three weeks after they set out the declinator broke  so they had no way of making fresh water instead they had to ration themselves and eat ‘snack packs ‘for 14 days this included sweets, cereal bars ,fruit and nuts and energy drinks. To relive themselves it was a case of squatting over the edge of the boat and if the waves where a bit rough they got a bidet effect.

The other members of the team included: Corporal Neil Heritage double above the knee amputee 31. Corporal Rory Mackenzie 30 who lost his right leg. Lance corporal Carl Anstey 26 who has to have a leg brace to walk and two able bodied ex-captains Ed Janvrin 32 and Alex Mackenzie 33.

Dixon said it would be tough for all of them walking again after so long sitting in the boat and having lost so much weight the members with prosthetic limbs would have a bit more trouble but he said it was worth it.

The money raised will be split between three charities, Help for Heroes, ABF The soldier’s charity and The Soldiers, Sailors, Airmen and families association (SSAFA). 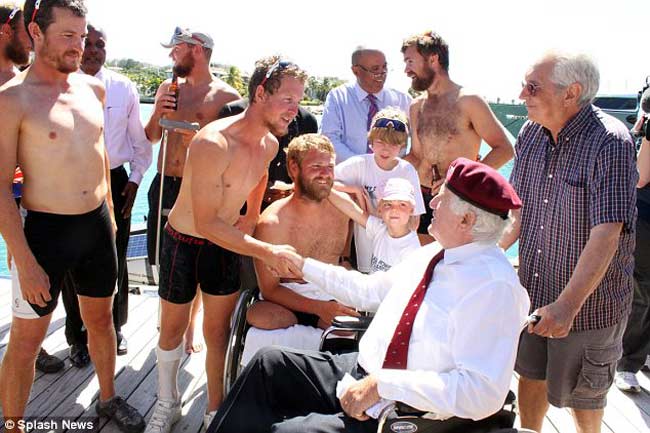 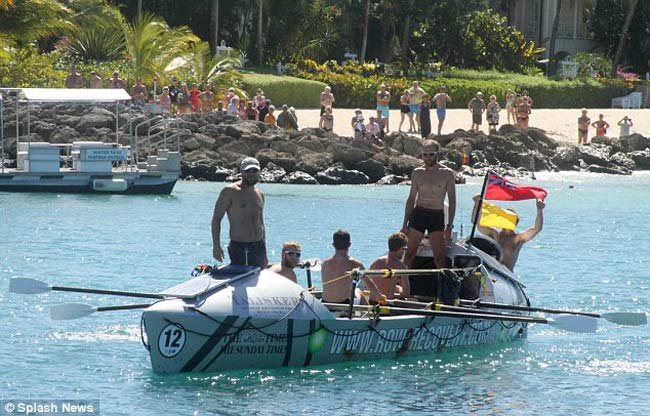 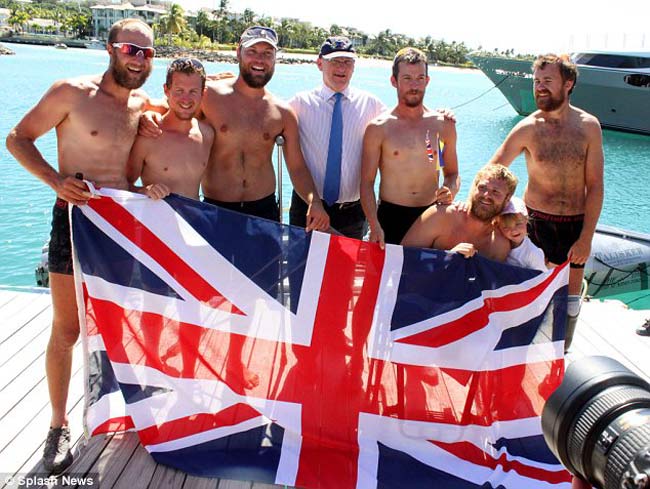 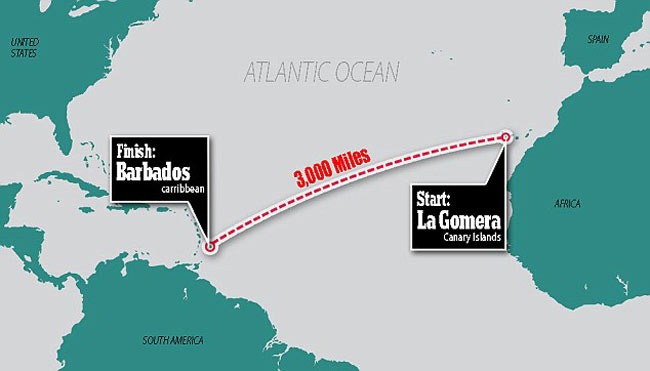