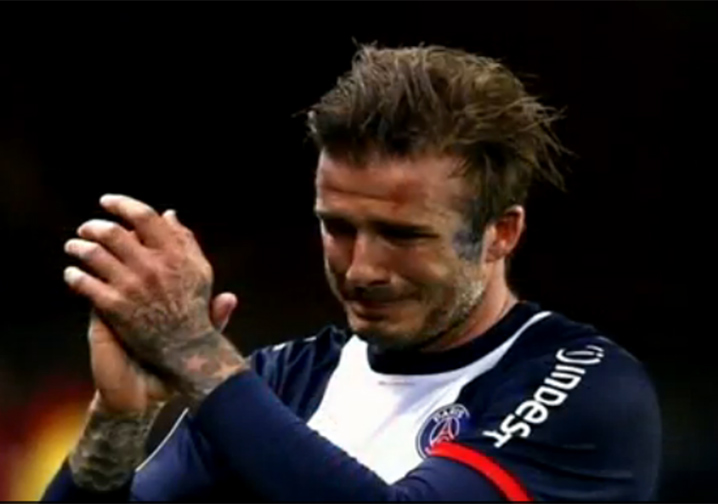 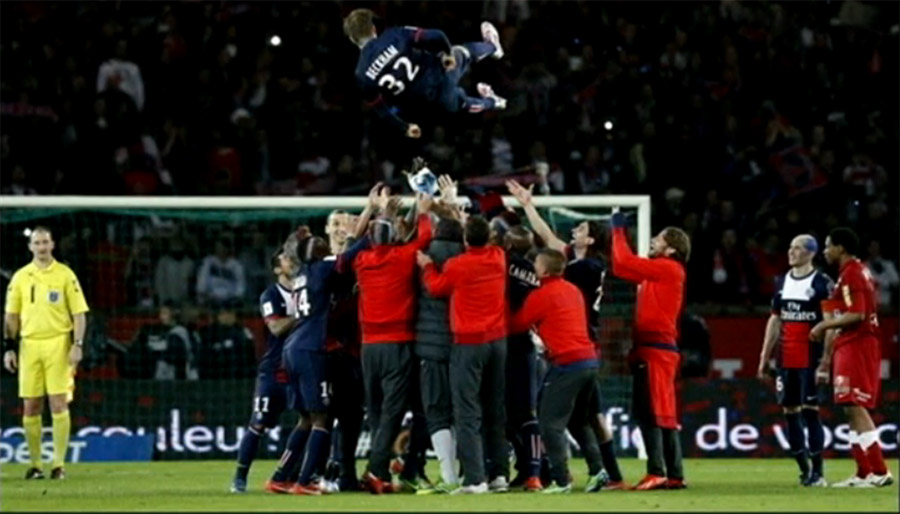 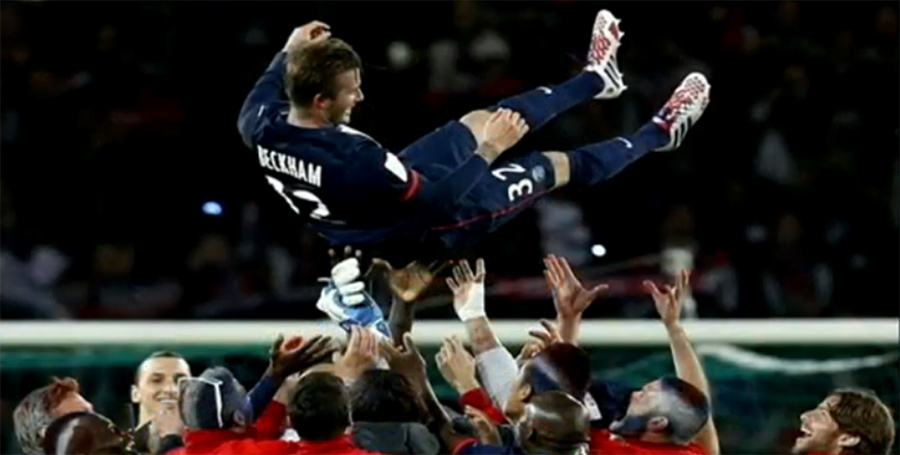 The former England captain received a standing ovation as he completed his last ever competitive football match. David Beckham has bid a tearful farewell to his team, the French champions, Paris St Germain in a three-one victory at home against Stade Brest.

The 44,983 strong crowd, which included his wife Victoria and mother Sandra, applauded as the 38 year-old was substituted in the 81st minute. His team mates gathered round and hugged him as he departed.