UK Spending Review – Why The Poorest Will Be Worst...

Today, we had the announcement of the spending cuts that the new co allition government have outlined during their time incharge 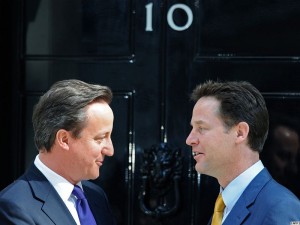 of the UK. As expected however, it is going to be the poorest hit the hardest of everyone.

Britains funding for benefits systems will be where the biggest cuts lie. There will be a drop by £7bn every year although there will be a new credit system to replace all working, age and tax credits.

It will be the biggest reform of the benefits system people will have seen in this country for a long time.

Its not all about cuts however, it will please some people that free eye tests, freezes on tv licenses and winter fuel payments for over 75s. However it was announced that the public sector jobs will fall be nearly half a million. This may just cause a double dip recession in the UK.

Even though job cuts have been announced, governement has said it will be upto each individual employer fires who, so you may have to really knuckle down if you wish to keep your job. This may just have an effect on the private sector as contracts fall, so may jobs.

If you think this will have an effect on you then we want to know. Use the comments section below to let us know your thoughts.