Baby Shoe is a Boy 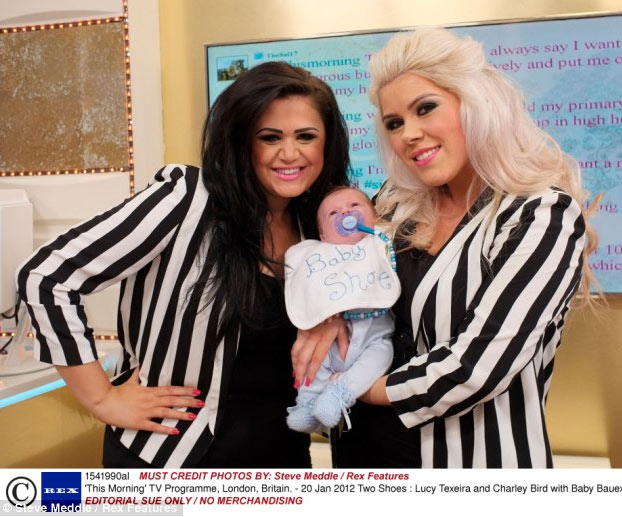 The Essex girls Charley Bird and Lucy Texeira known as 2 Shoes co-hosted part of ITV1s This Morning show called the Hub; they had done the slot last year and as the regular host was away were called on again to help out.

When the girls got through to judges houses on the hit show X-Factor Charley announced that she was pregnant and very excited about being a mum, they were the voted of on the first live show when mentor Tulisa Contostavios had to eliminate one of her acts.

So when the girls got the chance to present the Hub Charley decided to make it her baby’s debut, at barley a month old the little boy who Charley has named Beaux Phillips Bird putting the x on beau for the X-Factor.

Before the show main presenter Ruth Langsford said baby shoe was sleeping in her dressing room and that he was gorgeous and he stole the show when he was finally presented to the viewers making loud noises and crying, Ruth joked that she thought he would be a singer when he grew up as he had the lungs for it.

Band mates Lucy and Charley both said they would love to host their own chat show something a bit like Chatty Man maybe. 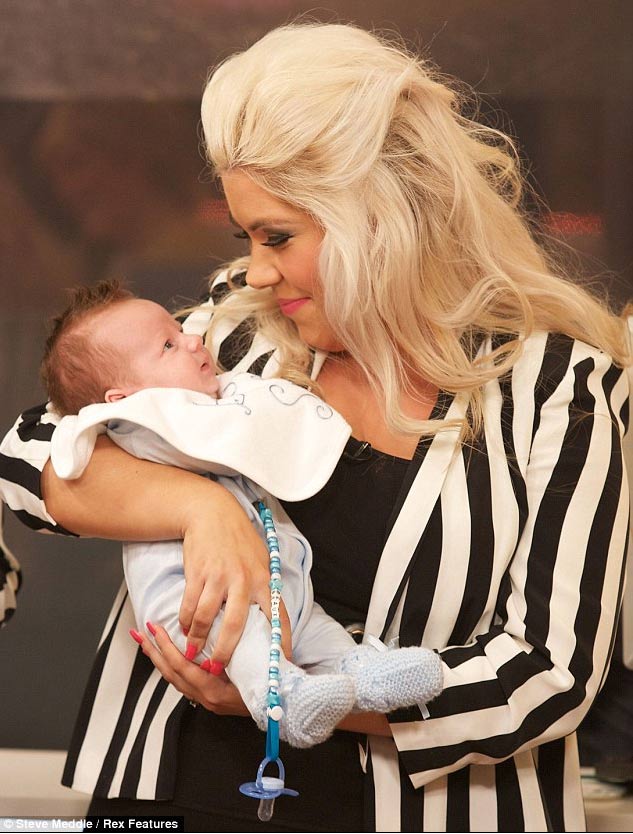