Carling Cup 4th round action tonight as Aston Villa take on Burnley at Villa Park. What was a premier league clash last 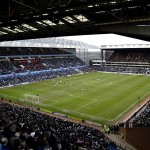 season, this match has the ability to be quite a spectacle. So much so, I left Aston Villa vs Burnley out of my betting slips.

Aston Villa have endured a rather mixed start to the season but are currently near the upper end of the table. They appear to have recoved from a 6 goal spanking at the hands of Newcastle. Burnley have already took out premier league opposition in the carling cup at the 3rd round. They beat blackburn in a very fiercly contested lancashire derby and burnley will be looking to emmulate the form that has got them so far in the carling cup, I fully expect them to give Aston Villa a very very tough game.

As for the score, after 90 minutes I actually expect a score draw and will be betting accordingly. If you don’t feel the same then let me know what you think will happen.