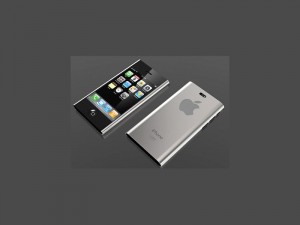 According to the latest word on the street, Apple will be starting pre orders for the iPhone 5 at the end of September. The latest offering from Apple has been delayed, but should be available on or around 7th October.

There have also been reports that the iPhone 5 will have its launch event a month earlier on the 7th September. Apparently Apple have been changing their minds with the actual release date. The choices are the 7th or 14th October. The reason for the earlier date is supposedly due to the manufacturing process moving along at a good pace.

There is also potentially a new Apple Smartphone debuting on the same day. Roomers are circulating about another smaller cheaper Smartphone from Apple, maybe an iPhone Nano.. possibly aimed at the Pay-as-You-Go market.

Sources say the iPhone 5 itself will be a little powerhouse with duel core A5 processors. The camera is said to be a sweet 8 Megapixel affair with a Panorama mode. It is also hopefully going to have a new voice navigation system.

There is also speculation around the home button, it may be bigger and wider to include gestures. Some say there may be two buttons on the new iPhone.

Whenever the actual release date for the iPhone 5 it’s going to be a massive event, with some of the biggest queues we’ve ever seen. Will you be queuing for one of these puppies?