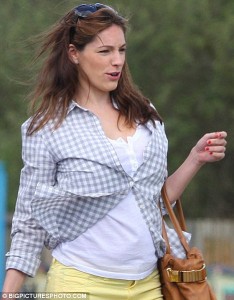 Professor Lesley Regan from St Mary’s Hospital, London, has seen an increase in the number of reported miscarriages.

One of the many reasons is that miscarriages arise more frequently with age and many women these days are having their babies later in life.

There could also be a question around nutrition when it comes to celebrities actresses and models who are always dieting because they need to look perfect.

The Professor also stated early miscarriages (before 13 weeks) are usually due to chromosomal abnormalities in the embryo. Whereas late miscarriages can be caused by anatomical problems with the uterus and cervix, infections or blood-clotting disorders.
She went on to say late miscarriages are much more uncommon and Kelly Brook’s at 13 weeks is unusual.