BlackBerry Torch 9800; a look at this new smartphone

The new Blackberry Torch is a touchscreen smartphone which also features the famous Blackberry keyboard. The storm model was torches predecessor, it only had touchscreen like the Iphone, it was a bit of a flop, this is also partly due to the browser being poor. 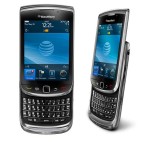 The Blackberry Torch has a new version of their operating system which means it is a great deal more touch friendly and it looks better / smarter. The Internet browser on previous models left a lot to be desired; this new browser renders pages quickly and they look like they were intended to.

With the new software; navigation has been made simple with a great new universal search feature which lets you find anything from contacts to apps and messages quickly; you just start typing the word, much like the Iphone search.
You do still get the long menus and endless options synonymous with the blackberry line. In addition to the touchscreen you can also use the optical track pad, the menu and back keys and also keyboard shortcuts to move through the new menus.

Once you have mastered the features and navigation; you will find it a fore filling phone.
The Blackberry Torch is great at handling multiple accounts and all the extras like colanders.
You also get BBM which gives you free messaging with other Blackberry users.

The built-in social networking app allows you to easily view your twitter and Facebook messages, but it’s not very intuitive when it comes to replying.
A great feature is the ability to download new apps from the Blackberry app store; although it doesn’t have quite the variety of the Apple and android app stores.

The Blackberry Torch is quite big and heavy however does sport is a 3.2 inch screen and a large keyboard.
It you want high security and Blackberry messenger then the torch is perfect. In terms of ease of use or style the torch does not quite match up to the Iphone 4 or some of the Android phones like the Samsung Galaxy S.
The torch is a little big and weighty but it is packed with useful features. 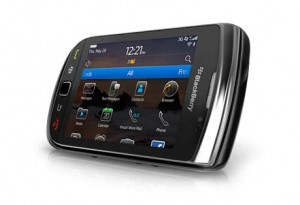 What’s your personal favourite out of the current bunch of smartphones?