Christine Bleakley, Presenter of The Year 2010 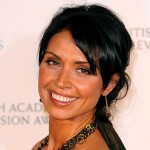 year in 2010. If you don’t know who Christine is, then I will let you know here aswell as a little bit of background as to why she won presenter of the year 2010.

Christine Bleakley is an Irish born presenter who started working in television from the bottom slowly getting her chance to work on screen for the BBC. She would have been relitively unknown in the UK until she made her name hosting both the One Show and Strictly Come Dancing.

Shortly after starting the one show, Christine Bleakley was offered a job with ITV to host GMTV. Christine took a massive pay increase in order to move and the media then set out to a massive negative campaign against people who switch for so much money. Its shocking that the media went against Christine Bleakley when anyone else in her position would also have moved too.

However even though the media slandered her, Christine Bleakley still went on to win Top TV Host 2010 in the woman of the year cosmipolitan awards. Here at Top News, we would like to send out our congratulations to Christine Bleakley and wish her a full and long career whoever she works for.