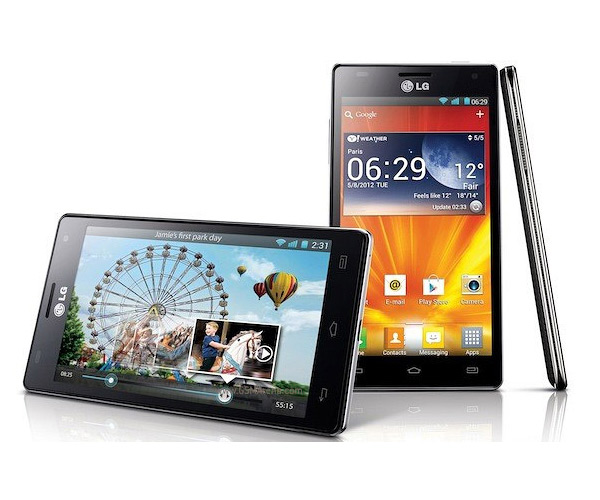 The massive screened LG flagship phone is just days away from the shop shelves. You can pre-order them at Phones 4u, the official arrival date is 27 August.

The Optimus 4X HD is super skinny, coming in at just 8.9mm, its pre-loaded with Android 4.0 Ice Cream Sandwich. The screen is gorgeously massive, just .1 inch smaller than the new Galaxy S3, at 4.7-inches. This is a True HD IPS display with a resolution of 1280x720p.

The LG is quite the powerhouse, drawing its monstrous power from a quad-core 1.5GHz Tegra 3 processor, this is the same little beast HTC installed in the One X. The Samsung S3 has used a different chip, which runs at 1.4GHz. Internal storage is a pretty standard 16GB.

There have been some issues with the auto focus, the new LG seems to find it hard to stay in focus, this is a problem affecting both still shots and video capture. Video footage can drift in and out of focus, even when you’re not panning around.

Another issue is the battery life, if you are very power conscious, you may get a day of use before a re-charge. However if you’re playing a video over Wi-Fi, you can expect the battery to last less than three hours. If your into playing high-end 3D games, you may not even get two hours out of it. There is always the option of carrying spare batteries.

LG have packed a whole bunch of cool new software features, for a new experience. These include Media Plex software which allows live video zoom, skip around easily and draw on the video.

If you can stand the so-so battery life and the auto focus problem, head over to Phones 4u, they have many contracts, Orange offers start at £20.50 with a free phone.